Next week's Old Masters sale in New York includes a Titian, a Rubens, and an unusual portrait of a man with a Hebrew tablet proclaiming the Torah.  Here are some highlights to tickle your checkbook:

Until brief appearances this fall on a Sotheby's shopping tour, Titian's Sacra Conversazione, offered by a private collector, hadn't been publicly seen since 1978 and not seen in the U.S. since 1957 -- ironically, at the Cleveland Museum, which is dumping 32 Old Masters at this very sale.

Titian could do it all -- portraits, altarpieces, mythologies -- and his art was so highly valued in his lifetime that he kept kings waiting for his work.  But be forewarned:  He had a big workshop, and his hand here may be confined to the Madonna and Child.

Estimate: $15 to $20 million, the highest in the sale.  Yet the last high for a Titian was $70 million in a 2004 private sale for a portrait of Alfonso d'Avalos paid by the Getty, which, though it may still be a buyer, is selling eight works here.  Why's that? 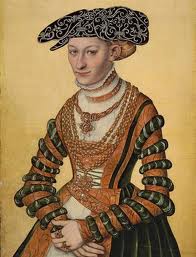 Lucas Cranach the Younger's Portrait of a Lady is, judging from the catalogue photo, totally winning in character and costume, with a green and orange velvet dress and a black hat embroidered with pearls.  It sold in 2007, at the height of the art market, for $3.6 million and is estimated to bring $3 to $4 million now, roughly the same price.  This painting could prove an interesting price marker. 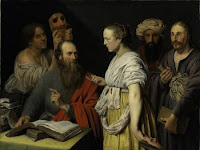 Very little is known about the Dutch painter Willem van der Vliet, but A Scholar in His Study, of 1627, sure makes me want to know more.  Judging from the photo, this woman is planted like a column, and how sophisticated and sensual are the white blouse against yellow skirt against flesh.  The meaning of this enigmatic painting of figures with masks has sparked a lot of theories; the Met's Walter Liedtke suggests that it's a warning against fraud.  Estimate:  $1.2 to $1.8 million. 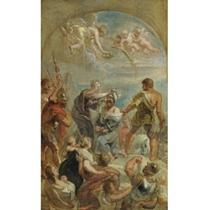 Rubens' Martyrdom of St. Paul is one of his oil sketches, which rarely fail to impress for the artist's absolute mastery of his medium and his bravura efficiency in composition, color, and detail.  It's a modello done near the end of Rubens' life (he died in 1640) for an altarpiece destroyed in 1695 when France invaded Brussels.  Though small, only 15 x 9 inches, it should pack a big punch.  Estimate:  $1.5 to $2 million. 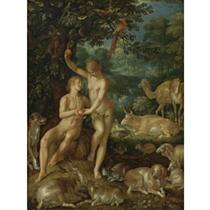 If you liked the Jan Gossart show that just closed at the Met, consider Adam and Eve by the Netherlandish Mannerist Joachim Wtewael of around 1610-15.  In this moment of temptation, both clasp the apple.  The work is oil on copper, which gives color a richness not possible with canvas or panel.  The catalogue gives no exhibition history, states that the work has been in a private collection for the 20th century, and describes it as "previously unknown."  Estimate: $800,000 to $1.2 million. 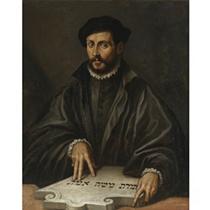 Perfect for stimulating after-dinner conversation in your living room, or anywhere, could be this work attributed to Antonio Campi.  I mean, how many 16th-century portraits can you count where the sitter points to Hebrew words on a tablet?  In the whole world, there may be one, and it's here.  The words read "Torat Moshe Emet," meaning "the Torah of Moses is the truth."  Estimate:  $150,000 to $200,000.

Also up for grabs:  a French papier-mache diorama and a door-knocker in the shape of a frog, the kind of things you might find at a flea market.  Sadly, too, there are remains from the Fresno Museum of Art, which shuttered its doors during the current collapse of the economy.  Cleveland, take note.