Art in the Crossfire: A Jewish Sect's Claims Lead to U.S-Russia Art Wars 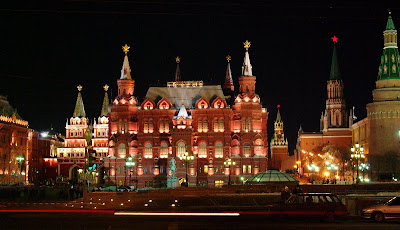 Not since the Cold War, it seems, have strained diplomatic relations between the U.S. and Russia spilled over into the public arena with such ferocity—only this time the war is over art and two collections of religious books.

The art wars were triggered by the private agenda of Chabad, a Jewish sect seeking religious books and manuscripts possessed by Russia. In 2004, Chabad brought suit as the successors to earlier owners of these pieces and claimed to be their rightful owner. Russia instituted an embargo on art loans to U.S. museums after Brooklyn-based Chabad obtained a default judgment in July 2010 from the District Court in Washington, D.C. Russia had walked out on the proceedings, claiming no U.S. court has jurisdiction over it.

The Metropolitan Museum of Art turned up the heat in this standoff another notch when it confirmed on August 11 its decision not to send 35 works by fashion designer Paul Poiret to the Moscow Kremlin Museum for an upcoming exhibition there. The Met’s chief spokesperson, Harold Holzer, said the museum was acting in response to Moscow’s recent cancellation of loans to the Met as part of Russia’s now year-long embargo.

Continue reading my story in The New York Observer, which brings to light Russia's history of fierce nationalism, especially when it comes to what it considers threats to its patrimony, which discussions of the case and the embargo have until now ignored.

Photo of  Kremlin Museum by Alexander Bokovoy.
Posted by laura at 12:38 PM