Philosophers, go home.  "Postmodernism" has now been defined.  It means "cheesy," and it ended around 1990. 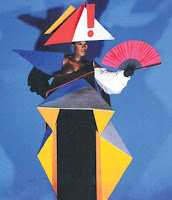 That's the latest takeaway from the Victoria and Albert Museum's announcement about the details of its upcoming fall 2011 show, "Postmodernism:  Style and Subversion 1970-1990," which, with 260 objects, is a most ambitious grab at a heretofore most slippery concept.

Here's some of what it will include:

Also works by Jeff "Mr. Kitsch" Koons and by Andy Warhol, whom some might think of as a Pop artist but who, I guess, is "postmodern" since his work most certainly postdates Modernism.  Besides, Warhol's got that "wink-wink" aura.

The show is being billed as a blockbuster, and with baggy clothing from Comme des Garcons, how can they lose anything but their pants?

The curators, as reported by the Guardian, admit that a show about postmodernism, whose definition outside architecture has eluded even most of its so-called practitioners, might "seem strange or perhaps perverse, foolhardy even." 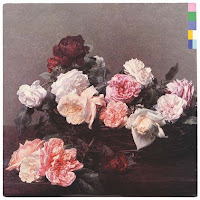 The V&A's website says the show will argue that postmodernism died in the early 1990s "despite the use of the term 'postmodern' remaining in common parlance" -- a hint that the contradictions that have plagued postmodernism won't be resolved here?

It also promises to "chart a broad chronology in order to account for [postmodernism's] rise and demise."  Good luck with that.

Look for Jenny Holzer and Philip Johnson to emerge as heroes, if there are any.
Posted by laura at 12:29 PM