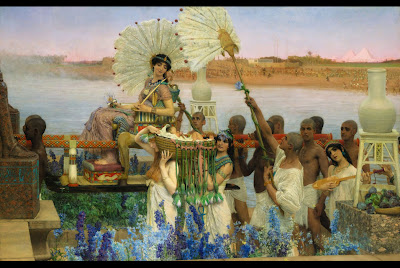 Whoda thunk it?  Three eager buyers bid up Sir Lawrence Alma-Tadema's "The Finding of Moses" to $35.9 million last week at Sotheby's, about ten times its low estimate.  In other words, it outsold every other artwork auctioned in New York last week except for the $68.9 million Modigliani at Sotheby's and the Matisse "Back IV" at Christie's ($48.8 million).

Proof positive that a readiness to admire art of disfavored styles is not a victory for enlightened taste?

Sotheby's was apparently so astounded that its press release announcing the sale mistakenly described the painting as a "19th-century masterpiece."  "Moses" was painted in 1904.

"Moses" was an inspiration for Cecil B. DeMille, and it had been owned by TV personality Alan Funt, so it wouldn't be surprising if the anonymous buyer turns out to be some studio bigwig.  We already know that George Lucas and Steven Spielberg are big Norman Rockwell collectors, so "Moses" would fit right in. 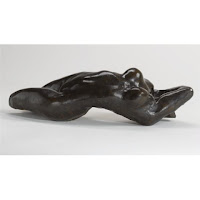